Throughout this series, I’ve covered how to shoot and edit products that appeal to shoppers and drive conversions. This final episode is a recap, applying all the concepts I covered to a single image using just my iPhone and three editing tools.

Image from start to finish

I will be working with a vase that I created in my art studio.

I discussed the importance of using a white background for most product images. For this shoot, instead of a professional backdrop, I used standard seamless white paper. The quality of the paper was not great and there were several creases.

The backdrop is a standard white seamless paper with multiple folds.

I compensated for these shortcomings by using natural lighting to push the shadows to the left of the vase. I could have used artificial lighting if the natural light was less or if I wanted to suppress shadows.

I didn’t worry much about the composition of the image as I wanted it to look like what is typical on the Amazon marketplace or an independent e-commerce store with the item in the foreground displaying as many information as possible.

I moved the shooting sight back for an eye level vantage point at a 45 degree angle. Using my iPhone and my studio tripod, I captured a bland image, perfect for demonstrating editing on a mobile device. 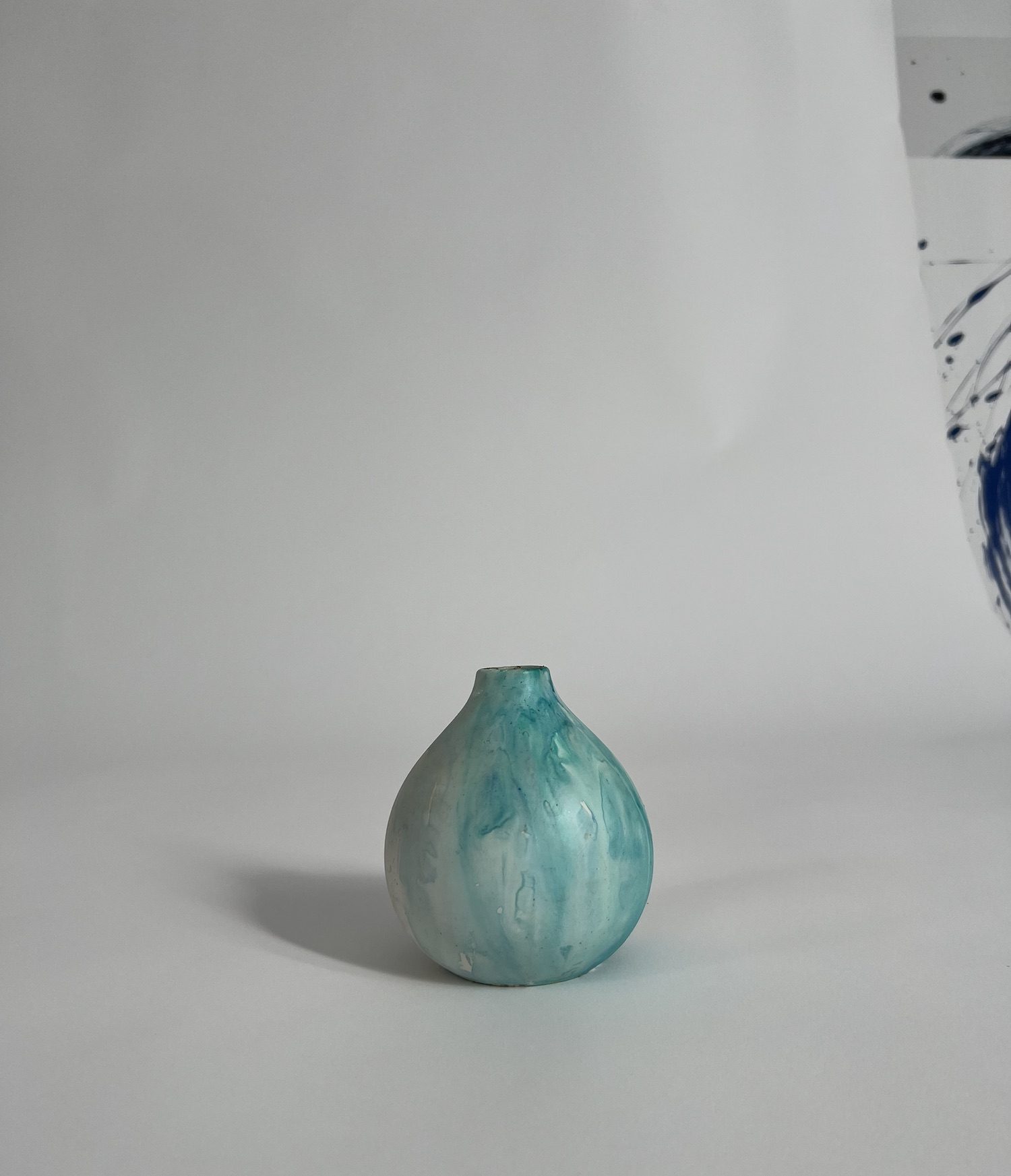 The shot is an eye level vantage point from a 45 degree angle using an iPhone and a studio tripod.

I started the editing process by deleting the superfluous objects in the upper right corner (which I’ve marked green below) using Touch ReTouch’s brush tool.

I then removed the background shadows created by the horizon of the image (again, marked in green below), leaving only the shadow of the vase itself. To do this, I again used Touch ReTouch’s brush tool.

Remove background shadows created by the horizon of the image as shown in green.

After sorting the shadows, I fixed the brightness and color levels of the image. I used Snapseed to increase the brightness to +92. This instantly made the vase more attractive.

But the picture was still not perfect. The color was wrong. So using Snapseed I adjusted the saturation to +42 and added some contrast. It brought out the whole picture. I showed it to a friend, who said she would buy my vase based on the photo!

Use Snapseed to adjust saturation to +42 and add contrast.

I then cropped the final image using my iPhone’s native editing tools. I made sure that the lines of the shadow drew viewers’ eyes to the center of the vase. Finally, I offset the composition by leaving extra white space above the vase, increasing its appeal. 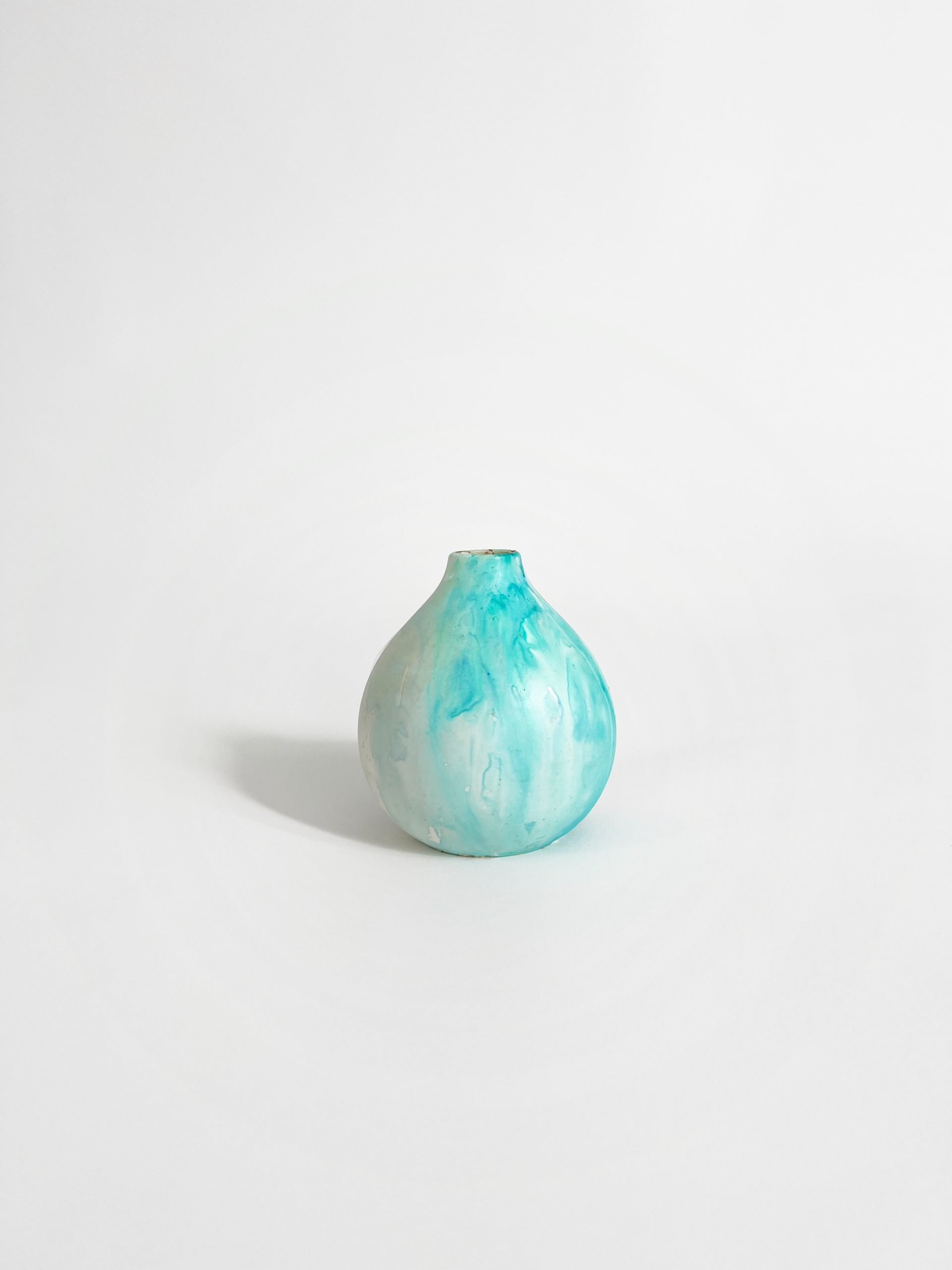 I could have used Adobe Photoshop from a desktop computer to do all of this. But my goal was to demonstrate how to get great results with a smartphone alone. In addition, switching between computer software and mobile applications on a single image becomes unnecessarily complicated.

I completed the whole process by changing the filename of the credits photo IMG_3880 at carolyn-mara-blue-tie-dye-swirl-vase – which is search engine friendly. After making sure its file format was a JPEG, I posted the image on my website, where I added alt text to ensure accessibility for visually impaired shoppers and for maximum exposure on Google.

This whole process took about 20 minutes. It illustrates how easy it is for both new and experienced marketers to create quality product photos using only a smartphone.

Sunway Property partners with PSFKL to organize a photography contest

PETALING JAYA (April 13): Sunway Property has collaborated with Persatuan Fotografi Selangor dan KL (PFSKL) to host a wellness-themed photography contest at Sunway Serene, Petaling Jaya. The competition which aims to showcase Sunway Serene facilities that promote self-care and wellness in its communities runs until May 25, 2022 with up to RM10,000 in prize money. […]

New Jersey, United States, – The latest report published by Verified Market Reports shows that the Photography Tripod Market should experience a sustained pace in the years to come. Analysts looked at market drivers, restrictions, risks and openings in the global market. The Photography Tripod report shows the likely direction of the market in the […]

September 16, 2022 We run through all the best booths to visit at the 2022 Photography & Video Show. If you’re planning your weekend, here are the things you can’t miss! In partnership with ASUS. From tomorrow, the entire UK photo and video community will descend on the NEC in Birmingham for the 2022 Photography […]