In the biography posted on her website, Holly Wiles describes herself as a “One Woman Show”, an accurate portrayal of this wife, mother and entrepreneur.

Wiles, who runs Holly Danielle Photography, has a love of photography that led her to work behind the scenes on the reality show “Toddlers and Tiaras” to start her own business, she said.

“I’ve always loved nature and when I was a kid I had a disposable camera and would walk around my backyard taking pictures,” Wiles said.

Wiles describes herself as having grown up in Northwest Arkansas because she lived across the region, she said.

As a regular attendee of the Dogwood Festival, Wiles and her mother shopped at the various vendor stalls at the festival, she said. During Thanksgiving, Wiles visited his aunt and uncle in Siloam Springs, she said.

“Siloam has always had a special place in my heart,” said Wiles.

In high school, Wiles was a cheerleader and worked for the school newspaper, where she continued to nurture her love of photography, Wiles said. She also attended a modeling school, where Wiles modeled, she said.

“I remember going to the Dogwood Festival and seeing my face there,” Wiles said. “I didn’t make any money, but neither did they.”

Wiles learned a lot from modeling school. She learned to pose and walk as well as to understand photography better, she said.

After high school, Wiles attended Northwest Arkansas Community College and then the University of Arkansas, where she graduated in 2011 with a bachelor’s degree in broadcast journalism, Wiles said.

During her final year at college and while doing three jobs, Wiles started her family, she said. Meanwhile, Wiles took her first break from broadcast journalism while working for ESPN, she said.

Wiles started out as an intern but eventually managed to get paid for her time, she said. She also worked for the Center for Business and Economic Research which managed the Skyline-Report, Wiles said.

In 2011, Wiles got a job at Authentic Entertainment as a production assistant and served as a cameraman and assistant.

“It was interesting,” Wiles said. “I was working over 16 hours a day. When they had the competitions, you would come early and it would be nonstop.”

Finding out that her son had had seizures soon after he was two, Wiles decided to put his career on hold and focus on his family, she said.

In 2014, Wiles had a daughter who was also born with special needs, she said.

“It’s very traumatic to see your child on the verge of (die) or to know that any virus could send him to the hospital,” Wiles said.

Todd Wiles has traveled about four months a year, traveling the country for trade shows, so she said Holly Wiles took on most of the housework and parenting duties.

Between parenthood, Wiles spent time reading articles and watching YouTube videos about photography and gaining a lot of practice time, she said.

Start with the dream

Wiles bought her first camera in 2017 and took photos of nature, she said. These photos grew in popularity and she began to focus on photography and her children, Wiles said.

Wiles said his photos have been published in 417 Magazine, Cityscapes, Finding NWA and Only in Arkansas. Her work has also been featured on various blogs and on television, Wiles said.

Wiles took lots of photos in City Lake Park and downtown, she said. Sometimes the town of Siloam Springs would purchase a record of these photos, Wiles said.

“I had a lot of photos recognized and printed, but never won anything in cash or in prize,” Wiles said.

Wiles is currently trying to set up a site to sell his prints, she said. She currently sells her work on Fine Art America under the name Holly Wiles Art, Wiles said.

In the spring of 2017, Wiles launched Holly Danielle Photography, but didn’t start getting clients until late 2018, she said. She thanks Best Tools for helping Wiles with his business, Wiles said.

“If my husband didn’t have his business… I wouldn’t have my business,” Wiles said.

When Wiles isn’t working on her photography and raising her children, she enjoys gardening, she said. Wiles said she wanted to grow sunflowers, heirlooms and ancient vegetables such as Cherokee heirloom tomatoes, red horned okra, and herbs like basil and sage.

Another passion for Wiles is visiting state and national parks, she said. As a child, his father took Wiles to various state parks in Arkansas, from the Crater of Diamonds in Murfreesboro to the Buffalo National River outside of Harrison.

“His love for nature and gardening comes from being a constant active parent and enjoying the outdoors,” Wiles said.

Wiles also volunteered for Healing Gardens of Northwest Arkansas in Rogers by offering free headshots at various events, she said.

For the past year and a half, Wiles has worked with Beautiful Lives Boutique, where she has taken photos for their Christmas and Halloween events, she said. Wiles said she enjoys helping people and doing good.

“I understand what it’s like to have very little and go through a tough time,” said Wiles.

Wiles is currently looking forward to Christmas due to the photoshoots coming up on December 11, she said.

Wiles plans to do photoshoots with Santa Claus, as well as Christmas pajama photos and Christmas portrait shoots, she said.

Wiles said she asked Kevin Williams, a resident of Siloam Springs, to play Santa Claus and rented a studio in Siloam Springs to do the filming.

Long-term goals include planning to become a mainstay in the photography industry, Wiles said. Asked about the growing number of photographers in the city, Wiles said she was not worried about the competition.

“There have been several photographers who have opened studios,” Wiles said. “A lot of people think they’re going to make money. A year later, they don’t have any.”

Photo submitted. The lookout and one of the springs gushing from Twin Springs Park in the fall taken by Holly Wiles. 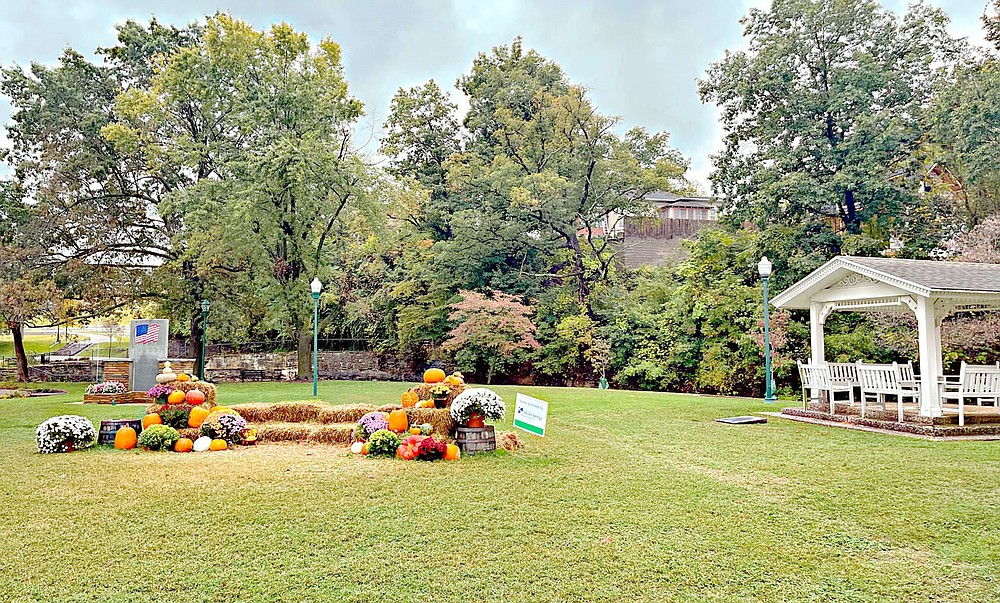 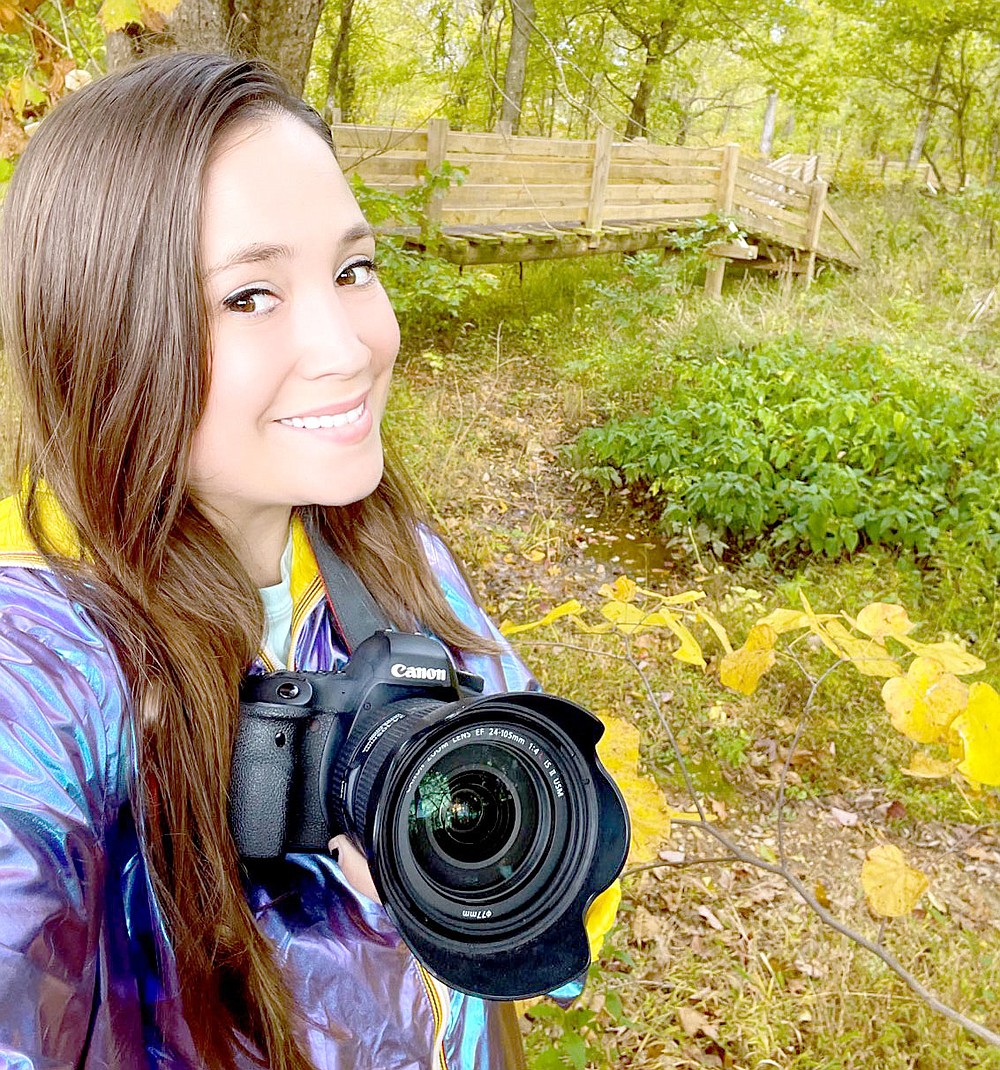 Submitted Photo While in City Lake Park, Holly Wiles took a selfie of herself as she took photos of nature.

Why Hustling is the most dangerous trend in photography

A modern trend that grips every freelancer is hustling. The mantra is repeated by some of the most popular productivity “gurus”. The more hours you put in, the more results you will get. However, following these hours = improvement idea is dangerous for your health, your creativity and, ultimately, photography. Toxic productivity As a fairly […]

Slim Aarons’ photography is a window into another time

Considering all the articles I’ve written and all the speeches and interviews I’ve given about the life and work of Slim Aarons, you’d have thought the photographer and I were best friends. You would be wrong. The truth is Slim never cared much about me and didn’t like that I was editor of Travel + […]

Harvard, photography and the legacy of slavery

The United States is taking a much needed stocktake with the legacy of slavery, including ongoing questions about how to think about public figures who have participated in the subjugation of others. But while statues and street names are among the most prominent elements in this debate, they are far from the only ones. A […]